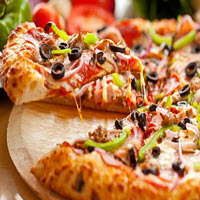 The pizza is seldom disputed as one of the Italian cuisine’s most popular exports. However, unlike other foods (such as sandwiches, which remain largely the same concept as when they first appeared) pizzas have undergone a rather complex evolution, changing with the times. This quintessentially Italian food looked rather different when it was conceived, and it is that evolution of the pizza that we’re going to look at today.

Flatbreads for the Ancients

Pizza seems a quintessentially Italian creation. Nobody can argue that, right? Wrong. There are several culinary historians who actually argue that pizzas were conceived outside of Italy. Pizza started initially as flatbread, and while the Ancient Greeks with their piakous, the Persians and Trojans have all been known to have eaten flatbread, we all know that there is much more to pizza aside from its base.

Pizza as we know it, certainly originated in Italy. In Sardinia, there is evidence that the people there, baked flatbread as far back as 7,000 years ago, long before any of the other claims. Romans are thought to have added cheese and olive oil to their paschal flatbread, effectively creating history’s and the world’s first pizza. 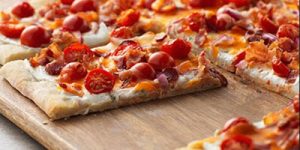 Focaccia is usually thought of as the precursor of the pizza, and the Romans ate that, too, calling it panis focacius. However, it is the addition of toppings which really make it a pizza. In fact, the word pizza also comes from Italy, too, pouring scorn on doubters to this Italian culinary legacy. Pizza first appeared in the historical archives in 997 AD in Gaeta, subsequently followed in other parts of southern and central Italy.

While the Romans and early Italians may have added plenty of toppings to their pizza, they didn’t add tomatoes to it. In fact, tomatoes wouldn’t be added until much later. Unlike today, where pizza is often regarded as fast food in the west, people had a long time to wait for their modern pizzas.

Tomatoes were brought to Europe in the sixteenth century, but few people thought of it as food. Confusing it with other fruit from the Nightshade family of plants. Eventually, the nation’s poor decided to take the risk, adding tomatoes to their primitive pizzas. The attraction caught on quick, and the modern-day pizza was born. In 1830, open-air pizzerias began to sell their food in paper-wrapped packages. The Antica Pizzeria Port’Alba in Naples is considered by many Italians to be the first pizzeria in the world, which is just another argument in the long history of pizza which is clouded in controversy and debate.

Even then, it was only really Italians (and Italian immigrants) who ate pizza. In fact, its popularity around the world wouldn’t truly become a reality until the Second World War, when Allied soldiers in Italy ate it and brought it back home.

Today, pizzas are often regarded as a quick (and often unhealthy) meal in the west, and yet we continue to eat them. Just like throughout its history, the pizza is still evolving. There are now so many different toppings across the world that everybody has their own favourite. Americans put pineapple on theirs, while the Swedes add kebab, lettuce and fries. Belgians add raw eggs, the Germans sausage, and others put peanuts, bananas and curry on theirs. The pizza continues to evolve, but no matter how strange pizzas get, it seems a universal truth that this much-loved food certainly did originate out of Italy.